Remembering Pelé, the Greatest of All Time

Pelé, the beloved Brazilian soccer legend whose global popularity sparked a massive surge in the sport in America, has died. He was 82.

Born Edson Arantes do Nascimento, Pelé was the only player to have won three World Cups, scoring 12 goals in 14 matches at four tournaments. A winner in 1958, 1962 and 1970 with Brazil, he was labeled the greatest player of all time by FIFA in 2012.

News of his death on Dec. 29 led to an outpouring of emotion and remembrances from the soccer world.

“Before Pelé, ‘10’ was just a number,” Neymar wrote on Instagram. “I’ve read this phrase somewhere, at some point in my life. But this sentence, beautiful, is incomplete. I would say before Pelé, football was just a sport. Pelé has changed it all. He turned football into art, into entertainment He gave voice to the poor, to the blacks and especially: He gave visibility to Brazil.

“Soccer and Brazil have raised their status thanks to the King! He’s gone but his magic remains. Pelé is FOREVER!!”

Wrote Cristiano Ronaldo: “A mere ‘goodbye’ to the eternal King Pelé will never be enough to express the pain that the entire football world is currently embracing. An inspiration to so many millions, a reference yesterday, today and forever. The love you always showed me was reciprocated in every moment we shared even from distance.

“He will never be forgotten and his memory will live forever in each and every one of us football lovers. Rest in peace King Pelé.”

Manchester City's Erling Haaland tweeted: “Everything you see any player doing, Pelé did it first.”

Pelé won 10 league titles in Brazil with his club team, Santos. In all, he scored 1,283 goals in 1,367 professional matches over a 21-year career. He tallied 77 goals for the Brazilian National Team, but his greatest contribution may have been his work creating and promoting the style of play he called “o jogo bonito” — the beautiful game — which featured ball control and furious attacking.

In 1975, Pelé signed with the New York Cosmos of the North American Soccer League, bringing unprecedented attention to the game in the United States. He was a first-team all-star in each of his three seasons and led the team to the 1977 NASL championship. 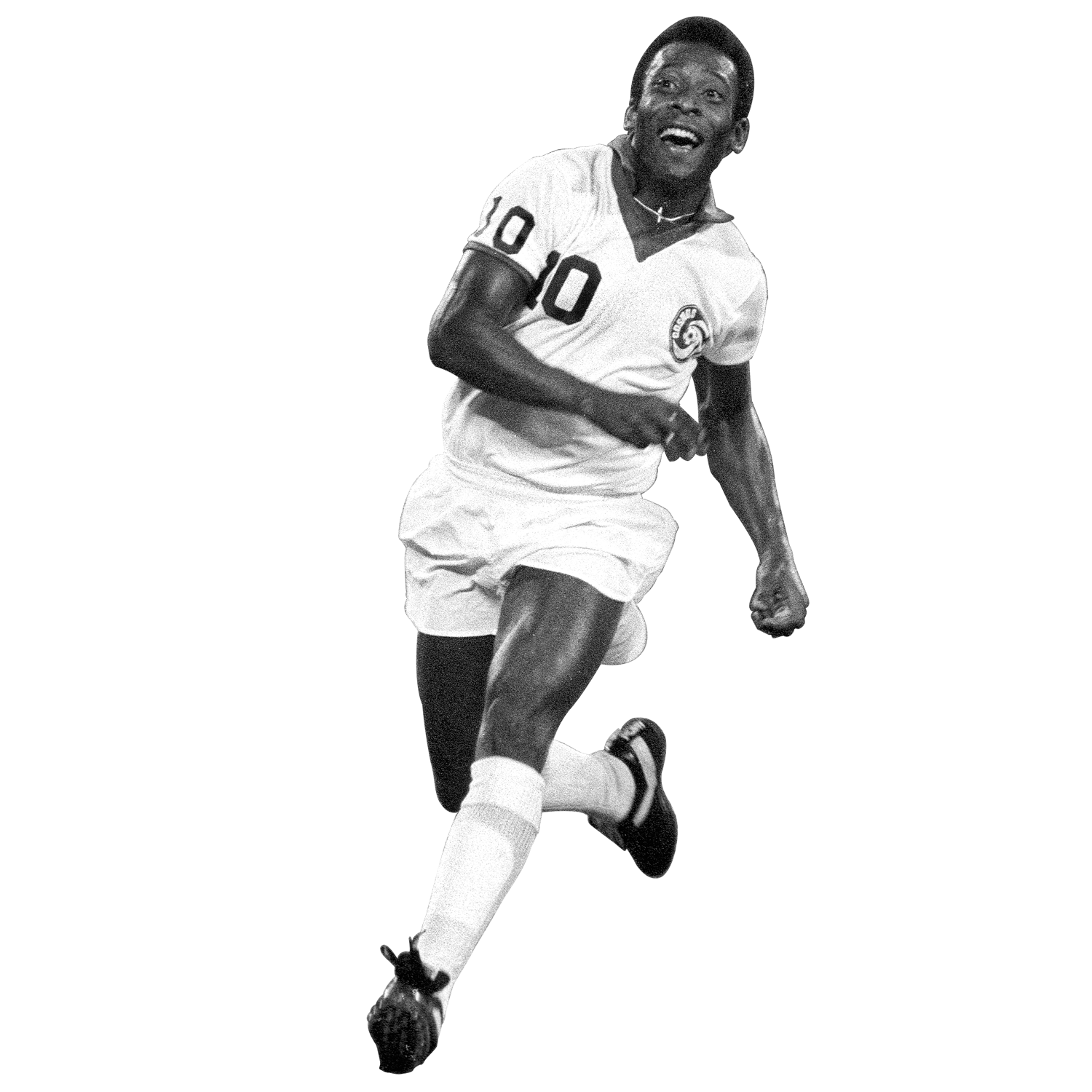 In October 1977, his retirement match featured Cosmos against Santos at a sold-out Giants Stadium. He played one half of the match for each side, scoring the final goal of his career for Cosmos in their 2-1 victory.

Before the match, he told the audience,“Love is more important than what we can take in life.”

Pelé was inducted into the National Soccer Hall of Fame in 1993.

“Pele’s impact on soccer globally, and specifically in the United States, is unparalleled,” said Djorn Buchholz, executive director of the National Soccer Hall of Fame. “He brought an enthusiasm to the sport in this country that had never been seen before, and his impact is still felt today. He will be greatly missed, and we will continue to share his legacy for generations to come.”

Pelé had undergone treatment for colon cancer since 2021. The medical center where he had been hospitalized since November said he died of multiple organ failure as a result of the cancer.

The post from his Twitter account confirming his death reads: “Inspiration and love marked the journey of King Pelé, who peacefully passed away today. Love, love and love, forever.”

The latest straight to your inbox